For many people, the idea of Hawaii immediately summons an image of Waikiki Beach with the distinctive shape of Diamond Head rising in the distance. Others feel Oahu is Hawaii--a complex mix of cosmopolitan metropolis and unspoiled natural beauty. 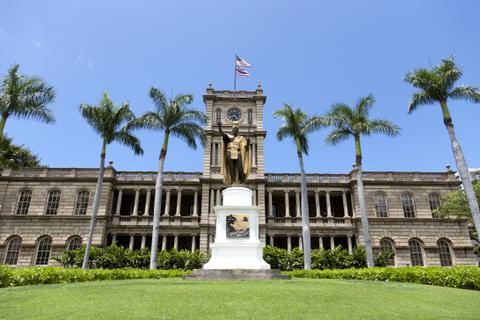 Known as “the Gathering Place,” Oahu is home to about a million people and sees almost 5.6 million visitors annually. Most of these visitors stay in Honolulu, the state capital and the largest urban area in the state. The city is known for its high-end shopping, world-class dining, and bustling nightclubs. Waikiki is close to major tourist attractions, including the USS Arizona Monument, Hanauma Bay, and Diamond Head, while the Bishop Museum and Iolani Palace are within city limits. 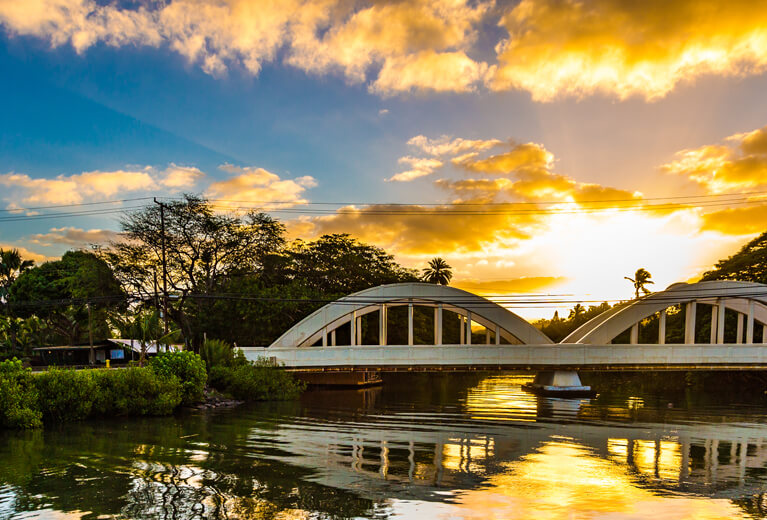 Take a short drive out of Honolulu, however, and you're in a different world, where cozy little towns nestle next to clear blue ocean bays or in misty green valleys. The north shore is especially popular with visitors, especially in the winter months when the monster waves of the Banzai Pipeline challenge experienced surfers.

Oahu itself is made up of two mountain ranges: the Koolau Range and the Waianae Range, which reaches heights of 4,003 feet above sea level. Ancient Hawaiians settlements on Oahu have been dated as far back as the third century AD, and the island is home to many important cultural and archeological sites. One of the most important, Nuuanu Point offers a stunning view of the island and marks where Kamehameha the Great defeated Oahu forces in his quest to unite the Hawaiian islands.

Why choose Oahu out of all the Hawaiian Islands?
The Gathering Place is a study in contrasts, where the new and innovative rubs shoulders with cultural history and traditions. You can spend the day browsing Oahu’s shopping centers, then take a sunset cruise off Waikiki Beach. You can snorkel Hanauma Bay or attend a luau at the Polynesian Cultural Center. The island offers more diverse activities and sights than any other island in the state, allowing you to experience lazy surf towns and the hectic, exciting world of Honolulu. It’s all up to you.