Officially named the Island of Hawaii, this island is the youngest and also the largest in the state, which is why many refer to it as the Big Island. This is also the only island that is still experiencing volcanic activity. Sparsely populated outside of two main centers, the Big Island offers incredible vistas, black sand beaches and the alluring smell and scent of 100 percent Kona coffee. 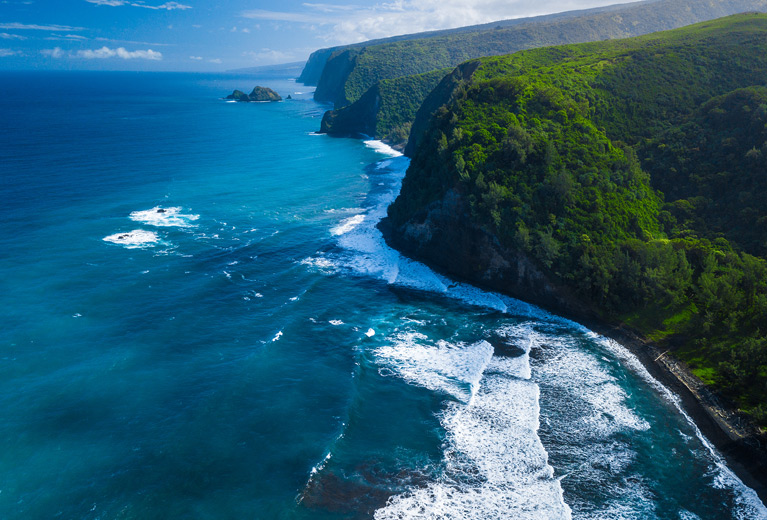 A Chance to Get Away

If you’re looking for a chance to get away from the crowds, the Big Island is for you. The island’s 4,029 square miles is home to only 200,000 residents--and most of them live either in the Kona region of the west coast or the east coast center of Hilo. That’s only 14 percent of the state’s population! 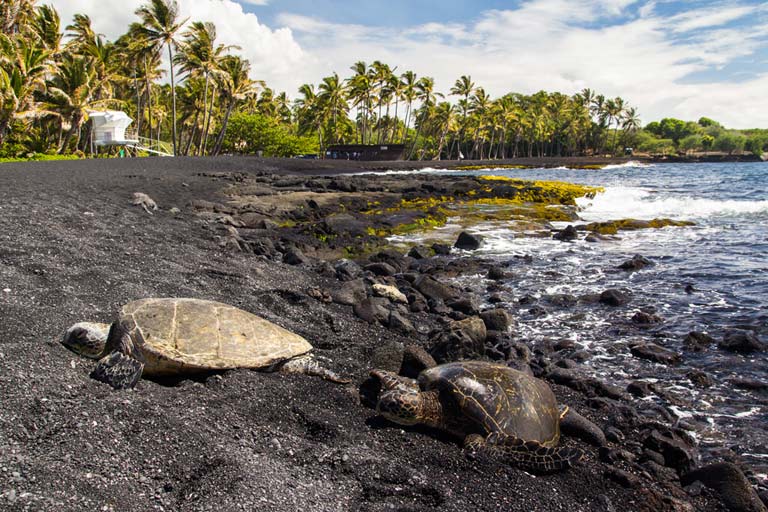 The Big Island is home to right of the world’s thirteen climates, including tropical rainforest and, arctic tundra at the top of the snow-capped Mauna Kea. No other island has green, black and white sand beaches.

The island's landscape--and black sand beaches such as Punaluu Beach--are shaped by volcanic activity. The 2018 eruptions added 700 acres to the island. Despite the power of Kilauea, the island’s main volcano, it’s possible to safely view volcanic craters and lava flows at Volcanoes National Park.

Kilauea Crater is home to Pele, the Hawaiian goddess of fire. Beautiful and unpredictable, Pele sometimes appears to people as a white dog, an old woman, or a lovely young woman, and she is fond of cigars and gin. Whether a meeting with Pele goes well or not depends on how you treat her, so be nice to any cigar-smoking old ladies you meet on the Big Island! 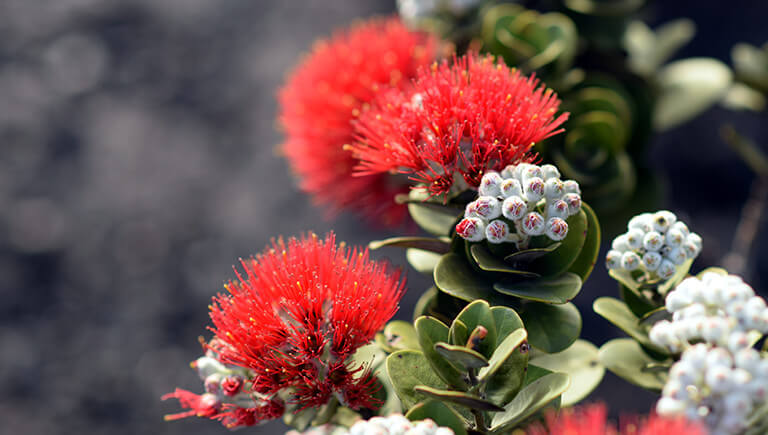 Pele plays a large role in Big Island life. The island’s official lei is made from Lehua blossoms, the first trees to sprout on newly formed lava flows. Lehua is sacred to Pele, and the flowers were used by ancient Hawaiians to reduce the pain of childbirth.

The Island of Hawaii is named after Hawai’iloa, a legendary Polynesian navigator. In more recent times, Captain Cook was the first European explorers to visit the Big Island. He would be killed in a conflict with the local Hawaiians on his return trip. One of the warriors involved in the melee was a young man named Pai’ea Kamehameha, who by 1975 would unite every island except for Kauai and become known as Kamehameha the Great.

There’s two sides to the Big Island. The east side, centered around Hilo, offers easy access to Volcanoes National Park, Waipi'o Valley, Rainbow Falls and Akaka Falls, one of the tallest waterfalls in the state. The western Kona coast is home to many of the island’s resorts, and known for its sport fishing, Kona Coffee farms, and snorkeling. Kona’s an excellent location for horseback riding, tennis, relaxing on the beach, or taking a night dive with the local manta rays.

Why Choose Hawaii’s Big Island?  Because it has something for everyone, and never fails to surprise and delight visitors.