Aqua-Aston Hospitality has announced the appointment of Alexander Dale to the role of executive chef at Aqua Kauai Beach Resort, a pristine 25-acre resort on Kauai's longest eastern coast beach. 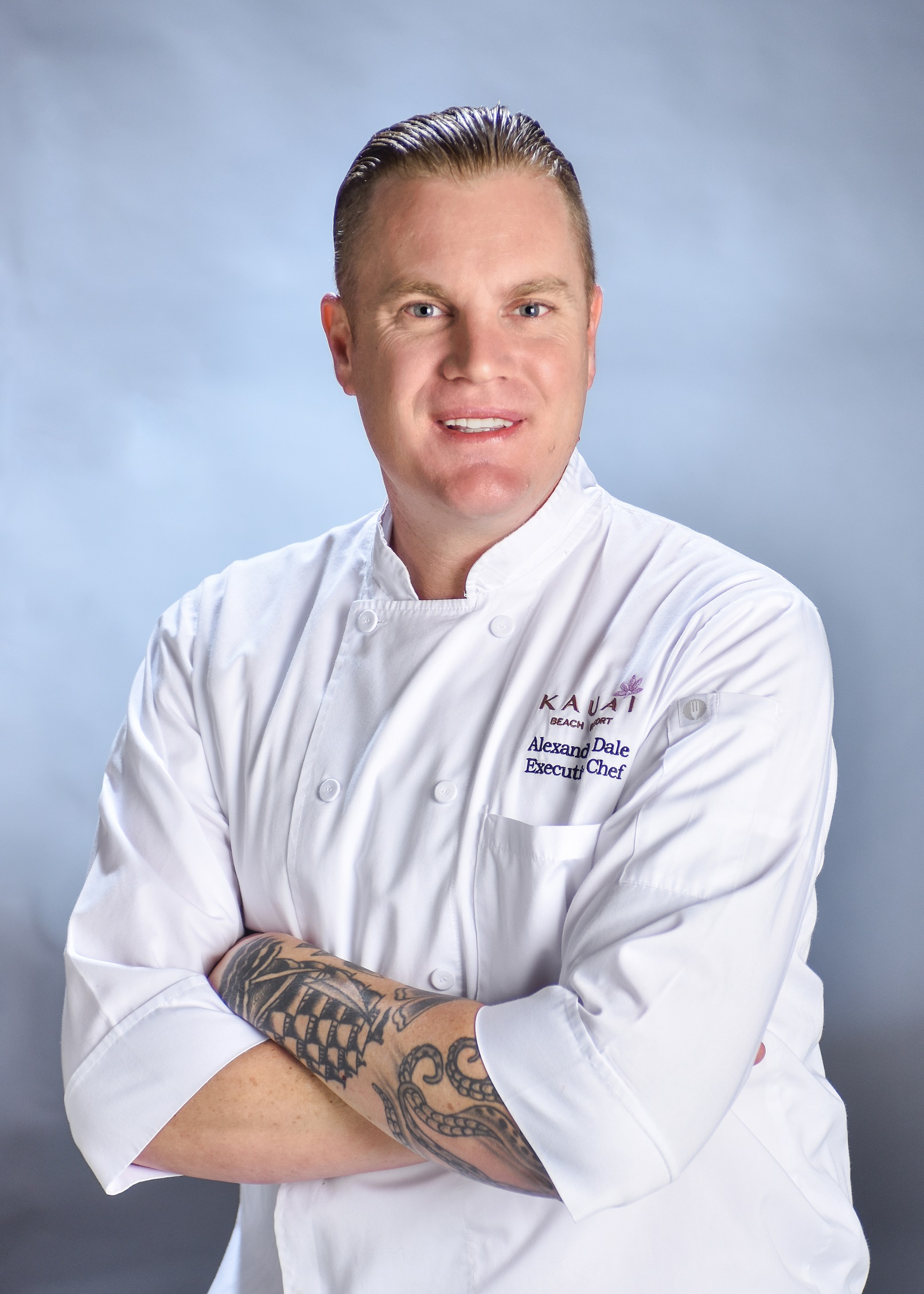 Dale hails most recently from the well-known Turtle Bay Resort on Oahu’s famed North Shore, where he served up a menu utilizing ingredients from the island’s community-based farms to surfing royalty, guests and locals. A third-generation chef inspired by his family’s Italian culinary tradition, Dale maintains copies of the original recipes from his grandfather, Alfredo Dilisio, a silent film actor and chef who opened his own restaurant with a loan from the famed fellow silent actor, Charlie Chaplin.

While living in Newport Beach, California, Dale developed a deep appreciation for the sea and secured his first culinary job at the world-famous Newport Beach institution, The Crab Cooker. Dale’s early experiences shaped his approach to preparing the finest locally sourced cuisine. He also served as chief culinary officer for Sea Legs Wine Bar which was awarded "Best California Cuisine" in four out of the five years that Dale was there. He graduated with high honors at Le Cordon Bleu College of Culinary Arts, Los Angeles, California.

The resort will formerly introduce Dale in his new position during a commemorative Chefs’ Collaborative Dinner Event on April 20, 2018, in partnership with esteemed Oahu-based chef Ed Kenney. Kenney is a successful restauranteur and five-time James Beard Award-nominated chef with four restaurants – including Mahina & Sun’s at The Surfjack Hotel & Swim Club. Kenney has previously cooked for former President Barack and First Lady Michelle Obama, and is the star of the hit PBS show, Family Ingredients.

Tickets to the event are extremely limited; priced at $150.00 per person, the tickets include two specialty cocktails, passed pupus, a three-course dinner, as well as post-dinner s’mores by the fire pit. For reservations or more information, please call (808) 246-5501.

With a 70-year legacy and a track record overseeing a robust portfolio ranging from boutique hotels to global brands, Aqua-Aston Hospitality is a leading destination expert in Hawaii. The Honolulu-based company provides management and marketing services to nearly 50 hotels and resorts in Hawaii and the continental United States. Aqua-Aston Hospitality prides itself in the expertise of its teammates and its locally staffed 24-hour call center, the only one in Hawaii, to best serve the needs of travelers from across the globe. Aqua-Aston Hospitality partners with independent ownership groups and manages contracts with international hotel brands including Hilton Inc., InterContinental Hotels Group and Preferred Hotels & Resorts. For more information, visit www.Aqua-Aston.com or call (855) 945-4092. Aqua-Aston Hospitality is an operating business of ILG, Inc. (Nasdaq: ILG), a leading global provider of professionally delivered vacation experiences.

Travel Weekly shared, in a stand alone piece, how ESPACIO THE JEWEL OF WAIKIKI plans to modernize and redefine luxurious travel

Aqua-Aston was recognized with industry awards 92 times in 2017

Send Activation Email
This user has already been activated. No activation email will be sent.
We're sorry that something went wrong, please try again later.
No account found for this email.
An activation email has been sent to your email address. Please follow the instructions in the email.
or

Sign Up Activation Instructions Sent
We're sorry that something went wrong, please try again later.
You're almost set! Your information has been submitted successfully. Please check your email to confirm and activate your account.
If you do not see the activation email in your inbox it may have gotten placed in your junk folder, please check there.
or

Reset Password
Email address not found
We're sorry that something went wrong, please try again later.
Password reset instructions have been sent to the email address below.
or