Orlando Airports: How to Get Here

If you’re traveling to Orlando, Florida by plane, you’re going to land at one of two airports: Orlando International Airport (MCO) or the Orlando Sanford Airport (SFB). Each is close to the major attractions in and around the city. Here’s the directions you’ll need to reach three of the Orlando area’s most popular destinations after your plane touches down. 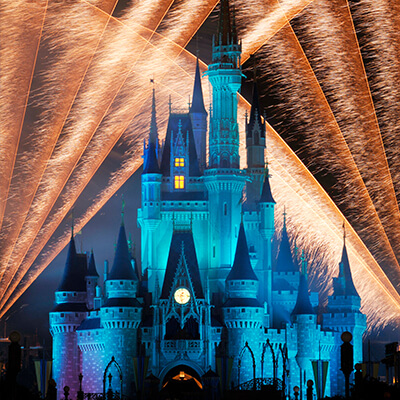 If you’re visiting Walt Disney World® Resort, you can take the complimentary Disney’s Magical Express shuttle directly from the Orlando International Airport. If you’re renting a car, Walt Disney World® is a thirty-minute drive to the west of the airport along the FL-528 highway.

Disney’s Magical Express shuttle does not run from the Orlando Sanford Airport. If you’re renting a car at the airport, Walt Disney World® is an hour’s drive away. Take the FL-417 Toll S until the I-4 Exit then take Exit 68 for the FL-535 to Kissimmee/Lake Buena Vista. 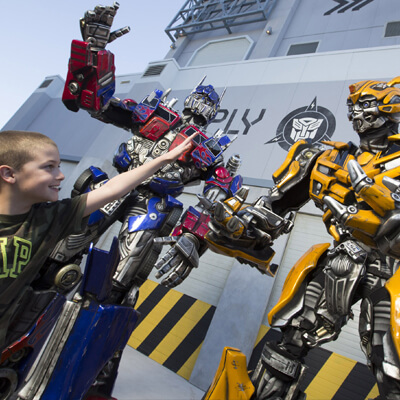 The most common way to reach Universal Studios Florida™ from the Orlando International Airport is by taxi or shuttle. Take the Beachline Expressway west until the intersection with the I-4. Turn right on the I-4 until Exit 75A, which is marked Universal/International Drive.

Universal Studios Florida™ is a 45-minute drive from the Orlando Sanford Airport. Take the FL-417 south, then the FL-408 west until the I-4 turnoff. Turn west onto the I-4 and continue until Adventure Way, then turn onto Hollywood Way. 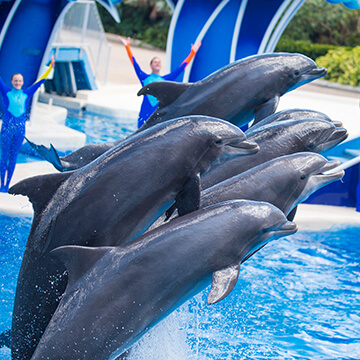 You can take a shuttle directly to SeaWorld® from the Orlando International Airport for a $16.00 fee. If you’re driving, take the Fl-528 west and take exit 2 onto the FL-528 W. Both highways have tolls. From the FL-528, take Orangewood Boulevard to the Central Florida Parkway and from there to SeaWorld Drive.

Shuttles will take you from the Orlando Sanford Airport to SeaWorld® but expect to pay $50.00 to $75.00 for the trip. SeaWorld® is a 50-minute drive from the airport. Take FL-417 south and turn onto FL-528 west to Orange County. Take exit 2 onto Orangewood Boulevard, then turn on to Central Florida Parkway and SeaWorld Drive.

So now you know a little about the Orlando airports and how to get here. We recommend flying into Orlando International if you’re heading to Walt Disney World®, SeaWorld® and Universal Studios Florida™. There are more shuttles that operate out of Orlando International and the drive is shorter, if you choose to rent a car.