While it lacks the abundance of coral found at Drake’s Bay and Cano Island Biological Reserve, the clear water and stunning setting of Costa Rica’s Golfo Dulce (Sweet Gulf) offers exceptional snorkeling opportunities. One of the deepest gulfs in the world, Golfo Dulce is also one of only four tropical fjords on the planet. The calm, protected water and rich nutrient base attract all manner of ocean life, including whales, dolphins, and whale sharks. 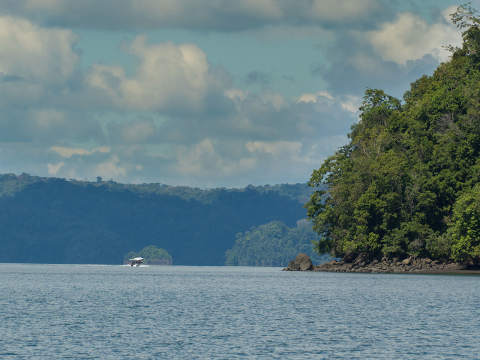 When you snorkel Costa Rica’s Golfo Dulce, the first thing you’re likely to notice is the color of the water. Close to shore the gulf waters are a rich jade green, as they reflect the jungles that surround it. Swim further out, and the water turns a bright, vibrant blue.

Visibility in the Gulf can exceed 100 feet, providing snorkelers and scuba divers with beautiful views. The water is the clearest between the months of January through May, but is generally excellent all year. As for water temperature, Golfo Dulce averages 29 °C/82 °F, so snorkelers can enjoy themselves without the need for wetsuits. 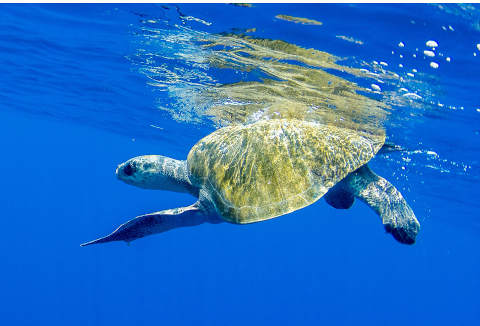 Golfo Dulce Animal Life
Relatively little coral makes a home in Golfo Dulce, but you’ll have plenty of wildlife to admire. Starfish and sea urchins are everywhere, and you can expect to see angelfish, butterflyfish, eels and pufferfish in abundance. In deeper water, you might see spotted eagle rays and stingrays, or if you’re lucky, catch a glimpse of a marlin or other pelagic species.

Olive Ridley turtles and endangered hawksbill turtles are often seen in the Gulf, attracted by jellyfish and other food sources. In July, August and September combine your snorkel adventure with a whale watching cruise--Golfo Dulce is the only place in the world where both the northern and southern humpback whale populations come to calve and mate. While you're on the boat, keep your eyes peeled for spinner and bottlenose dolphins. Orca are infrequent visitors. 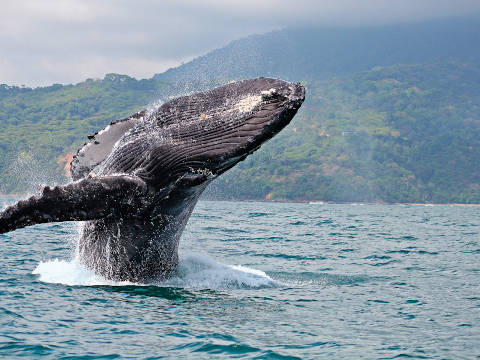 Snorkeling Costa Rica’s Golfo Dulce brings with it the possibility of swimming with whale sharks. These gentle, filter-feeding sharks can reach lengths of over 62 feet and may live as long as 130 years. They come to the protected waters of the Gulf to mate. To be in the water with an animal as big as a bus is a once-in-a-lifetime thrill!

Getting to Golfo Dulce

You can drive to the towns that dot Golfo Dulce or take a bus from the San Jose Juan Santamaria International Airport. The easiest way to reach the Gulf is to take a 45-minute flight from San Jose to Golfito, a port town on the eastern side of the gulf.

Send Activation Email
This user has already been activated. No activation email will be sent.
We're sorry that something went wrong, please try again later.
No account found for this email.
An activation email has been sent to your email address. Please follow the instructions in the email.
or

Sign Up Activation Instructions Sent
We're sorry that something went wrong, please try again later.
You're almost set! Your information has been submitted successfully. Please check your email to confirm and activate your account.
If you do not see the activation email in your inbox it may have gotten placed in your junk folder, please check there.
or

Reset Password
Email address not found
We're sorry that something went wrong, please try again later.
Password reset instructions have been sent to the email address below.
or