Located in Cape Canaveral, the 140,000-acre Kennedy Space Center® Florida is a must-see attraction where guests will have a hands-on opportunity to learn about the past, present and future of America’s space program. 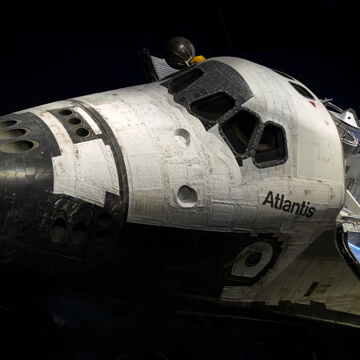 The Astronaut Encounter is one of the most popular events at the Kennedy Space Center®. You'll have a chance to chat with one of the select men and women who have been to space. It is a fascinating opportunity to learn about space travel and snap a picture with a real astronaut.

Blast off in a Virtual Shuttle
Meeting a real astronaut might trigger a longing to blast off yourself. The Kennedy Space Center® can’t really send you into the final frontier, but it can provide you with the next best thing. The Shuttle Launch Experience straps you in for a thrilling 8.5 ascent into orbit in a virtual launch led by shuttle commander Charles Bowen. The ride is realistic enough for NASA astronauts to have called it the next best thing to an actual launch.
Astronaut

Training
Discover what astronaut training is like by taking part in the Astronaut Training experience. The five-hour event allowsKennedy Space Center® Florida guests to travel to Mars, dock and land simulated space shuttles, and experience a spacewalk in a microgravity environment.
Rockets and Space Shuttles
The Kennedy Space Center® is home to many retired rockets and space shuttles, and one of the most popular of these massive artefacts is the Space Shuttle Atlantis. Housed in a massive hanger, the Atlantis sits at a 43.21 degree angle with its payload doors open.
For a look at earlier space flight, check out the Saturn V, the largest rocket ever flown into orbit. Then take a guided walk in the Rocket Garden, where Mercury, Gemini, and Apollo-era rockets tower above you. 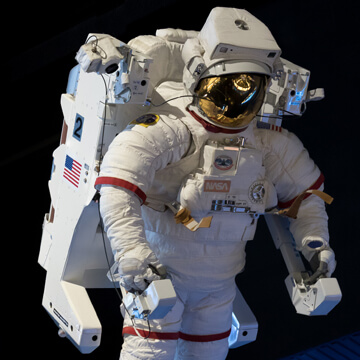 The U.S Astronaut Hall of Fame
The U.S. Astronaut Hall of Fame celebrates the lives and achievements of America’s astronauts. Learn who these brave men and women were before they soared into space, and the challenges they encountered throughout the early days of the space program.
IMAX Theater
The Kennedy Space Center’s IMAX theater shows two different space-related 3D shows daily, showing viewers the immensity of the universe and how beautiful and fragile the Earth appears when seen from space.
Add To My Travel Log