You can’t go to Orlando with your family without taking the time to visit Walt Disney World® Resort; it would be like going to Hawaii and not hitting any of the islands' beaches. The theme park covers nearly 47 square miles, making it approximately the same size as the city of San Francisco. If you’re thinking about a visit, you may want to spend a weekend with the family at Walt Disney World® Resort. We also recommend a little preparation before you get there, to make the most of your visit. 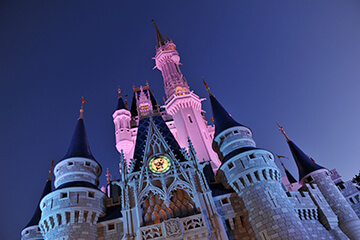 To avoid waiting in a line outside the park, purchase your tickets in advance online. Select Walt Disney World®  Park Hopper Tickets option to visit any of the four main theme parks throughout the day. If you prefer to focus your visit to a single park per day, purchase the One Park a Day Ticket. The parks within Walt Disney World® include: 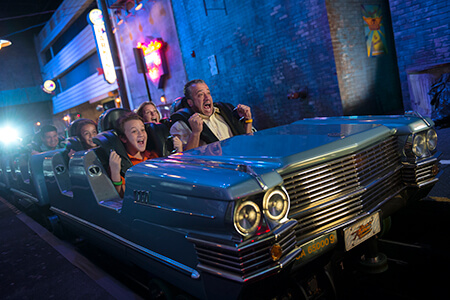 Epcot®
Epcot® celebrates human achievement and community; it is also as educational as it is entertaining. Start your visit to Future World, which showcases the amazing new technology, then take the family on an international journey at the World Showcase. The kids will enjoy The Seas with Nemo & Friends ride, which ends with a Turtle Talk with Crush. Be sure to stick around during the evening for the amazing IllumiNations: Reflections of Earth show, which mixes lasers, fireworks, pyrotechnics, water fountains, and soaring music.
Disney’s Hollywood Studios®
The big Walt Disney World® rides at Disney’s Hollywood Studios® are Toy Story Midway Mania!TM and the Rock’n’Roller Coaster® – Starring Aerosmith. Once you’ve ridden these (and the The Twilight Zone Tower of TerrorTM if you’re up for it), enjoy the park’s many shows, including the Citizens of Hollywood street performers and the Jedi Training: Trials of the Temple. If your kids are big Star Wars® fans, get there early to sign them up to play a part in the show. 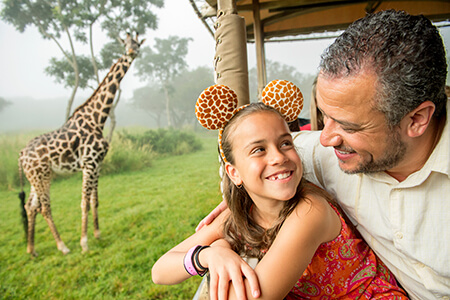 Disney’s Animal Kingdom® Theme Park
The largest of the four Walt Disney World® Theme Parks, the Disney's Animal Kingdom® Theme Park includes an African Safari, a forested gorilla exploration trail and a remarkable aviary. Encounter a yeti on the Expedition Everest – Legend of the Forbidden Mountain® roller coaster, and ride a banshee from the Pandora-The World of Avatar in a 3D reality flight simulator.
Our advice for a weekend-long Walt Disney World® Vacation trip? Don't worry about squeezing everything in one weekend. Instead, take your time and enjoy the sights, activities and attractions. If you don't make it to every attraction or ride, you’ll have all the more reason to take another trip back!
Add To My Travel Log

To make the most out of your Walt Disney World® experience, it helps to plan ahead to make sure you make it to the rides, character encounters, shows and parades you really want to see.