Thanks largely to the country’s determination to preserve its fishing resources, Costa Rica offers some of the best sport fishing in the world. Over 95 world fishing records have been set in Costa Rica. Whether you charter a boat to catch Costa Rican fish on the Pacific coast, the Caribbean, or an inland location, you’ll find your angling challenged by some of the most exciting sport fish you’ll ever hook. 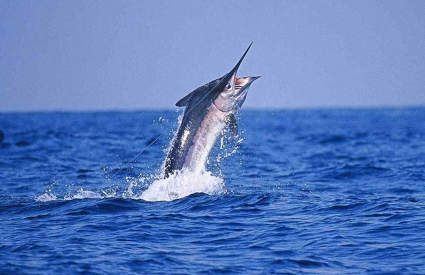 The Pacific coast of Costa Rica is best known for its marlin fishing. Averaging 11 feet in length and weighing between 200 and 400 pounds, these lightning-fast, agile billfish put up a fierce fight when hooked, and a chance to compete against one of these beauties is on many a deep sea fisher’s bucket list.

Sailfish, smaller cousins of the marlin, are also popular sport fish on the western coast. Both species are catch and release fish. Depending on what time of year you visit, you can also expect yellowfin tuna, dorado and wahoo.

The best time to fish the north Pacific (from the Nicoya Peninsula to the Nicaraguan border) is between June and October. The tradewinds make for rough seas between December and March. Shore fishing is popular year-round on the Pacific coast, with anglers bringing in snapper, snook, grouper, and the catch-and-release roosterfish. 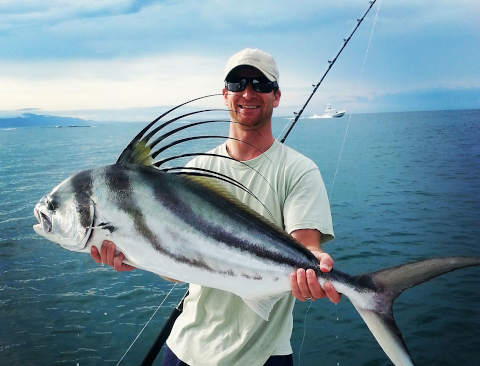 Further south, around the Osa Peninsula, December to April are the best months to charter a boat to catch Costa Rican fish. Sailfish are common from December to April, when the seas are generally calm. Between June and August expect marlin, dorado and tuna. Wet weather in September and October usually slows fishing down significantly, with many charters pulling their boats into dry dock for maintenance during this time.

If the Pacific Coast is known for marlin, Costa Rica’s Caribbean coast is famous for tarpon. The region between Barro del Colorado and Parismina is home to some of the best tarpon lodges in the world, and the feisty game fish tend to remain in the area year-round. Snook, dorado, gaspar, and tuna are also common.

Caribbean coast fishing is dependant on the weather. Mid-February to mid-May and September to October are considered the best times to visit this amazing fishing ground. 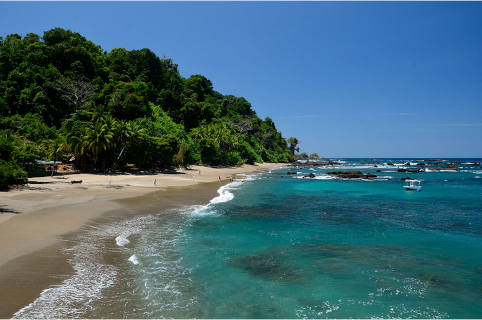 Inland fishing in Costa Rica is excellent year-round. Lake Arenal, at the base of the Arenal Volcano, is arguably the most popular spot. The largest lake in Costa Rica, Lake Arenal offers opportunities to fish for guapote, rainbow bass, and machaca, a relative of the piranha. All tours on the lake are catch and release.

Caño Negro Lagoon and its surrounding wetlands offer Amazon-like fishing, with alligator gar, freshwater tarpon, rainbow bass and machaca. Snook may enter the lagoon from Rio Frio during the fall. Alligator gar season is closed between April and June when the fish spawn.

Looking for something different? Try a combination white water rafting and fly fishing trip on Río Savegre, just outside the beach town of Manuel Antonio. Charters are led by trained fly-fishing guides, and offer a chance at machaca, roncadora and snook where the river meets the sea.

Anglers must pay for a fishing license in Costa Rica, whether they’re deepsea or inland fishing. The cost of the license is about $15.00 per person. When you charter a boat to catch Costa Rican fish, check to see if the license is included in the charter license.