Be Amused at Universal Studios Florida 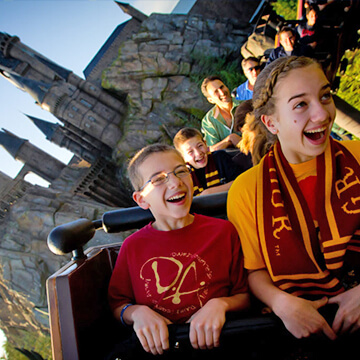 The Wizarding World of Harry Potter

Never got your letter to attend Hogwarts? Universal Studios Florida™ corrects that obvious oversight with The Wizarding World of Harry Potter™, an immersive experience where budding wizards can buy wands in Diagon Alley™, explore Hogwarts, and enjoy a mug of butterbeer. The Wizarding World™ is located in the Islands of Adventure park™ and includes the indoor steel roller coaster ride Harry Potter and the Escape from Gringotts™, as well as the motion-based dark ride Harry Potter and the Forbidden Journey™.

Revenge of the Mummy™
A dark ride for teens and adults, the Revenge of the Mummy™ includes some impressive and scary animatronics and more than a few jump scares. The ride may be a little too intense for young children, but well worth it if you enjoy a good scream. 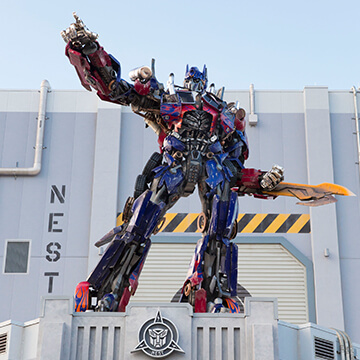 Universal Studios revolutionized the roving motion base ride system when it developed its Spider-Man™ ride, and the same technology is used for Transformers™: the Ride. How many theme park attractions do you know of where your ride transforms into a giant robot?

Men in Black™ Alien Attack
A fun shoot-em-up ride, Men in Black™ is a dizzying adventure set in New York City, where guests are tasked with shooting up rogue aliens. It’s a fun ride with spinning vehicles and a cool premise. 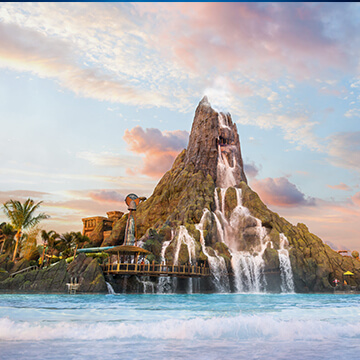 Volcano Bay™
Volcano Bay is Universal Studios Florida’s water theme park that features water slides for guests of all ages and is a great way to beat the Florida heat.

Woody Woodpecker's Kidzone
Designed with younger guests in mind, the Woody Woodpecker’s Kidzone is the home to the E.T. Adventure™, one of Universal Studios Florida’s older rides, but one which remains a magical experience. Kids can play in Fievel’s Playland, meet Barney, or watch animal actors strut their stuff.
Add To My Travel Log